Democracy depends on readily available and informative news for citizens. The new phenomenon of fake news raises the question of how we can stop it.

In Finland, recently ranked as the most resistant European country to fake news, the topic has been added to the school curriculum.

“The aim is to train active and responsible citizens and voters”, said Kari Kivinen, headmaster of Helsinki State College. “Thinking critically, checking the facts, interpreting and evaluating all the information you receive, wherever it appears, is crucial. We have made it a fundamental part of what we teach, in all subjects”.

This educational programme has been so successfull in Finland that it is ranked first in the annual index measuring resistance to fake news in 35 European countries. Italy, on the other hand, ranked 20th after countries such as Spain, France and Germany.

Resistance to fake news in Finland is a civil protection problem and part of their security policy. “We are a small country without many resources and we rely on all those who contribute to the collective defence of society”, said Jussi Toivanen, communications director in the Prime Minister’s office. “Today’ children”, he continued “do not read the newspaper or watch the news on TV, but they find them on WhatsApp, YouTube, Instagram, Snapchat. Very often it is an algorithm that selects them for them and therefore they must be able to deal with them critically”. 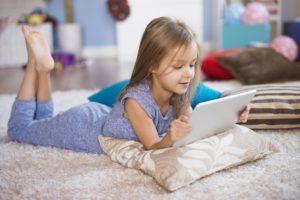 The main questions children should ask themselves when they read articles will therefore be: who produced the news, for what reasons, are they documented or are they just someone’s opinion?

“In Finland, the fight against fake news is considered a long-term civic and cultural investment that aims to educate aware citizens who can think critically, who are able to interpret information and share it responsibly”, says Fortebraccio News.

Implementing this educational programmes for Italian children and teaching them the basics of fake news at a young age could help the country keep these important critical thinking skills alive and, at the same time, contribute to increasing the score on the annual index.